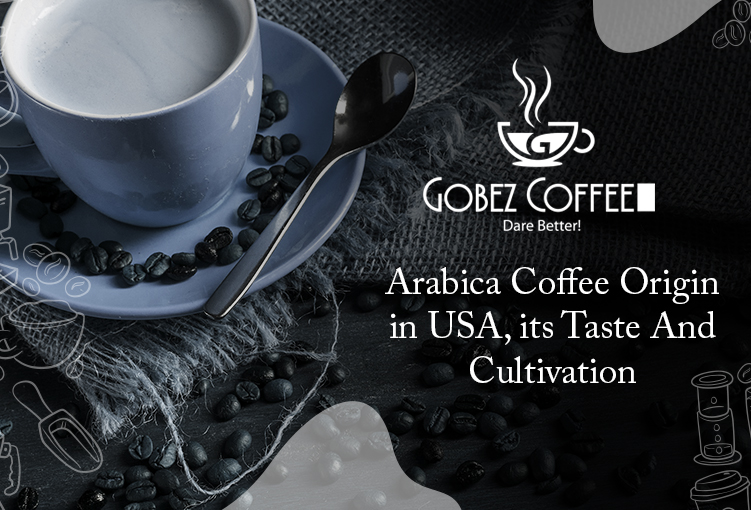 Arabica coffee origin in USA, its taste and cultivation

Coffee is one of the favourite beverages of all individuals. But do you know where it first originated? Many people hold the belief of Arabica coffee origin in USA. However, it is not the actual case.

The birthplace of Arabica coffee is in actually an African country. Today, the largest producers of the Arabica variant of coffee are Colombia, Costa Rica, the Arabian Peninsula, and Ethiopia.

This is so because there are some preset conditions that are necessary for the cultivation of coffee. Although apart from Arabica there are several there available across the world, this variety holds the highest popularity.

Scientists date the origin of coffee back to the 15 th century when it was first cultivated in Ethiopia. The coffee plants were discovered growing in wild, in the Kafka region. From then onwards, it travelled across the Arab world via Yemen. Arabica coffee origin in USA took place much later.

By the mid of 17 th century, the majority of Western Europe people have started drinking this beverage. Hence, they started cultivating the plants accordingly such that there is an end to the monopoly of Arabia on the cultivation of coffee.

Gradually, it led to the extensive cultivation of Coffee Arabica across the American continent, India and Java. Furthermore, the Arabica variant continues to be one of the most popular ones, contributing to about 60-70% of world production.

The best Arabica coffee has a mild sweet taste infused with a slight tinge of floral notes, berry aromas and fruits. The main difference is due to the degree of roasting that the coffee beans are subjected. If it is lightly roasted, you can get a mild fruity taste.

The aroma of the coffee is influenced by the origin of these coffee beans. Accordingly, there is a prominent change in the flavours of your favourite beverage.

These plants usually require a temperature between 23 and 25 degree Celsius in tropical and subtropical climates. These are usually grown towards the south of the equator n the highlands between 1000 and 2200 metres.

The optimum rainfall requirement for proper growth of the coffee seeds is 1500-2500mm per year. Also, they can grow well in dry upper soil due to their deep roots. Additionally, it can ripe within 9 months, indicating that the period for pruning and fertilising is longer.

It has been calculated that about 1 to 5kg of coffee cherries per season is produced from a single healthy Arabica tree. The largest producer of this type of coffee is Brazil.

There are several top coffee brands in the market. However, you can consider coffee brands like Gobez coffee owing to some vital reasons.

You should try out authentic Ethiopian coffee from Gobez’s Arabica coffee for the following reasons:

 Made of finest coffee seeds: These coffee seeds are collected from plants that are grown at regions of high altitude. This highly adds to the flavour of your favourite coffee.

 Perfect quality of coffee: The coffee brand is usually famous all across the International market. Additionally, they have also been awarded up to eight certificates for protecting the environment.

 Easily traceable and reliable: These coffee plants are cultivated on their farm itself to ensure that there is no compromise with the quality of coffee. Additionally, this ensures that the quality of your coffee stays constant and uncompromised.

 Best organic coffee: The coffee plants are cultivated in such a way that it connects you to the place of their origin. Hence, it is also considered as The N American arm of the Oromia Coffee Farmers Cooperative Union.

Apart from this, they also ensure farmers&#39; sustainability and environmental safety. The farmers receive up to 70% of the revenue generated. This way they have helped numerous households by engaging the members in several projects. In addition to this, they are also engaged in Environmental Awareness to Reduce Our Carbon Footprint.

Arabica coffee origin in USA is not much true as the actual birthplace is Ethiopia. However, you should note that it is one of the largest producers of this coffee variant across the world.